Czech writer Karl Capek coined the term robot more than 100 years ago in his futuristic book, R.U.R Rossum’s Universal Robots. But how did he see robots, and what did he think were the biggest threats to humans and the workforce as a result of their development? And ultimately, have his predictions come true?

A little background to the book: R.U.R. Rossum’s Universal Robots

The term robota in Czech means drudgery or forced labour. And that gives you a good understanding as to the pretext of the book. In the story, the company, Rossum’s Universal Robots, has created robots to work faster and for a lower cost than human labour. But these robots are not what we would expect or think of as robots today.

This is because the robots are not made of metal and electronic circuits, but they are organic creatures that are the products of chemical research and experiments. And, although they resemble humans, they only appear to be so. They have been developed to be simplified creatures without thoughts, feelings, or desires. The purpose of the robots according to the son of the owner of the company, Rossum Jr, being to free humans from hard work so that we can spend our time on our interests and dreams. With such interests and opinions being what divides us from other biological beings- including the robots in the story.

What does the book predict?

The fear for humans of becoming irrelevant is the main theme of the book, and this fear exists even today. After the book’s prologue, it takes us 10 years into the future where the robots have begun to become disgruntled and apparently short circuit, whereas others seem to have become aware of their situation and purpose. And, as the book goes on, the robots create a global union encouraging each other to rise up and free themselves from the drudgery of forced labour, and to do it by exterminating the human race.

Put simply, the story pitched a worst-case scenario of the development of robots, and one that still persists in popular culture today with numerous other movies, television series and books following similar themes. 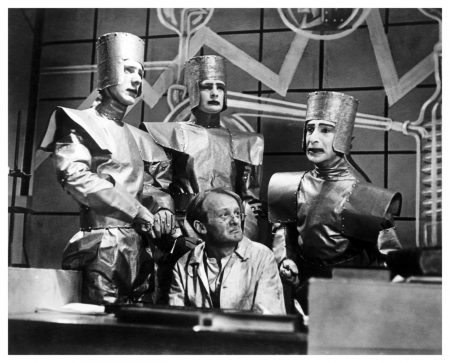 How did things really turn out?

Right now, technology is at an advanced stage where robots are doing many useful things for people. Even though the word “robot” came from friction. By the 1970s, robots already started to become useful, especially in the automotive industry. Today, we have duality of the concept of robots. On the one hand, it appears as if technology is making people irrelevant. However, on the other hand, technology is aiding us in almost every aspect of our daily lives.

While the book was right in predicting the fear in people regarding the loss of jobs. However, despite the high degree of automation and robots, we generally still have low unemployment. One example is that very few people work in agriculture today compared to just 100 years ago, but it did not and has not created mass unemployment. People simply got different jobs. Tough work on the fields turned into more comfortable, intellectually rewarding and higher value employment. And, ultimately, this is where the book was wrong in its predictions.

As mentioned, the word robot means drudgery and forced labour in Czech, and like the outcome in the book R.U.R Rossum’s Universal Robots, it has created fear and negative meaning in society that robots will one day take our jobs and potentially seek to exterminate us.

However, the truth is that robots and automation have actually made our lives much easier and more rewarding. Technology has never made  human work obsolete, it has only changed what work we do, creating jobs that were unthinkable just a few decades before. Today these new jobs are as AI developers and social influencers. Therefore, the question we have to ask is not if robots will take our jobs, but…

What will the future of work be?

What do you think? Let us know.